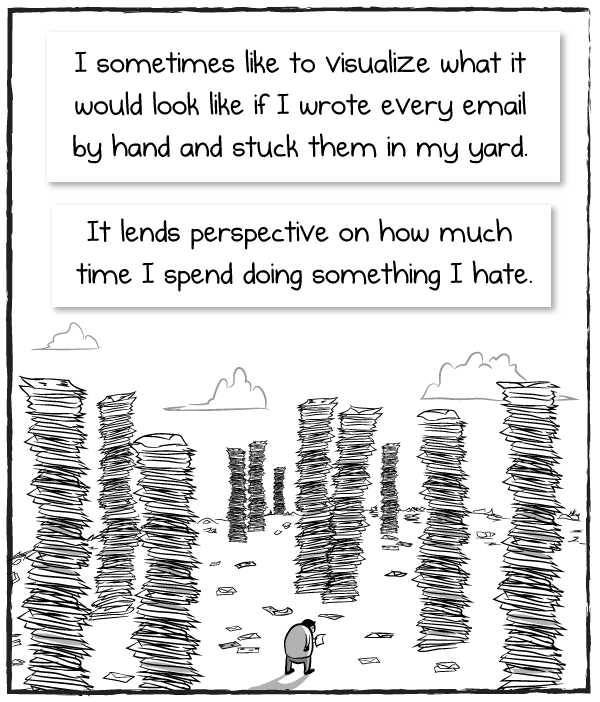 I think the first thing I saw that inspired me to start thinking differently about #email was this cartoon from the most marvellous The Oatmeal. And this one does a pretty good follow up of the subject as well.

These brilliant comic strips got me thinking how much time and energy I’d put in (and not just at work) to managing my inbox. Not too long back (2012-2014) I had a pretty senior position in the public sector (well, by my standards anyway – responsible for a workforce around 180 people running social care services). It was the kind of role where I received a LOT of instructions via email from people more senior than me. And as a fall out from this I found myself sending more and more emails as a way of delegating work.

I knew it was wrong. I could feel it in my bones and in my gut. But I carried on doing it. I could spend a whole day just managing my inbox – replying, drafting, deleting, filing, flagging, creating follow up deadlines, forwarding, re-composing, collating, grouping… PROCESSING! It drove me mad.

I also knew it was driving my team mad. I was responsible for managing 5 managers who in turn managed service areas. They were so pissed off with me. They were an exceptionally good team who I had a lot of respect for. They made occasional guarded and polite comments about the amount of email I was sending them. But they were never overtly critical. To be fair, I think they just ignored a lot of it. They had better things to do.

And this bugged me – it really bugged me. Because I agreed with them – I agreed that they DID have better things to do. And that raised the question with me – why didn’t I have anything better to do? What was I doing? I mean sure I was doing some important pieces of work and some of that was via email (or at least the communications around the work were); but the email itself? What was that all about? The email was not the work – or at least it shouldn’t have been. One of the people I managed said this to me one day and it really stuck with me:

E-mail was supposed to help us DO the work… help us get through administrative tasks faster so that we could get on with the important work more quickly. It was supposed to give us more time. But it didn’t. It’s taken all our time. Now email IS the work.

I mused on this for a few months. I was resolved to start working differently… just as soon as I could clear my inbox.

I started obsessing about how many emails I was receiving. I considered it a bad day if it exceeded 100 received (including automatic notification emails such as calendar invite acceptances and Out Of Office notifications). I think the top number I counted was 120 one day. On average I’d receive between 30 and 60 a day, generally building up to a toxic level at 4pm on a Friday and continuing throughout Mondays. I was also sending about 50% of the number I was receiving. I had no PA support and I’m a bit of a hoarder, so I was doing a lot of thinking about where each email should go – did I need to keep hold of it? yes, generally! So I had a marvellously complex filing system for all this traffic (not trusting the search functions of my email client!). The whole thing was an industry – one long never ending manufacturing conveyor belt. 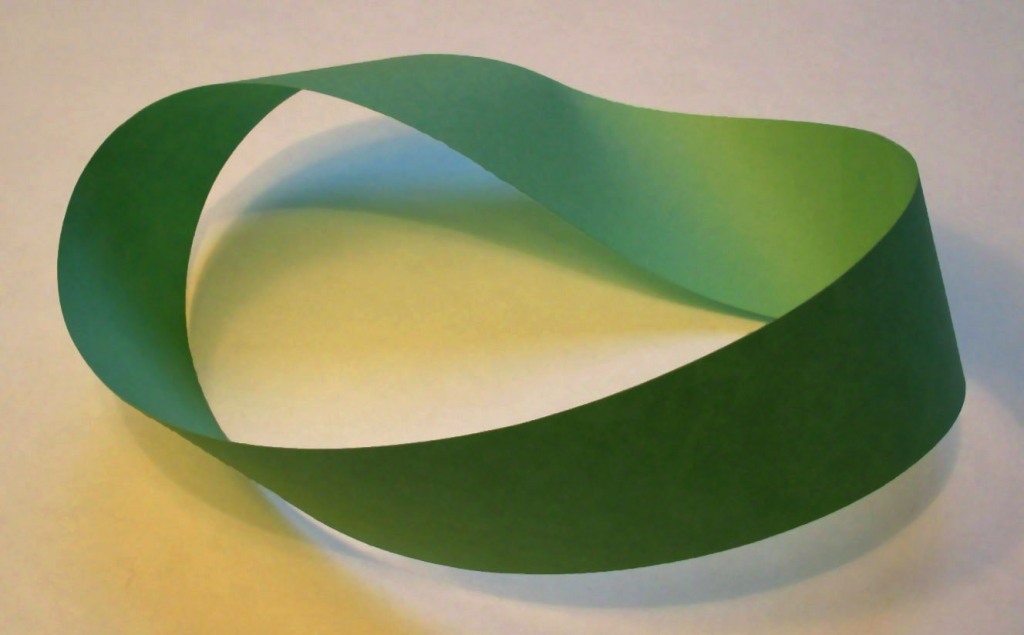 I was also pretty convinced, that even though I’d acknowledged that email was perhaps a bad thing, that it was also important. This may seem contradictory, but what I mean here is that although I had realised e-mail was ‘bad’ (i.e. something was inherently wrong with it as a communication system if I seemed to be spending more than 50% of my time processing it), I had also decided there was no alternative!..

…I’d spent some time one day reviewing my inbox to see if there was stuff in there that was useless or pointless… and I’d come to the devastating conclusion that it was all pretty much essential. There was nothing to be done. These things needed my response. They needed my interpretation. The amount of emails I had received and the people I had received them from were all worthwhile and important.

A Glimmer of Hope

It was several months later after a job change and having gone into reclusive denial (all but giving up on the idea that something might be able to be done) that I ran into Luis Suarez on Twitter. Interesting! Who was this guy? I’d noticed a colleague of mine was a connection somehow and made the link, taking a punt on introducing myself. We quickly got into a conversation about email and he pointed me toward this video (now a little old but still great!):

The next thing I knew… well… that’s another post.